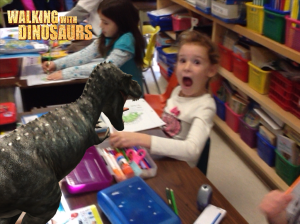 We had some fun today with a new iPad app I found called Walking with Dinosaurs!  It is another Augmented Reality app that is amazing!  We played with the Photo Booth aspect today.  The app allows you to pick from a variety of dinosaurs, orient them on a screen and then take pictures with the dinosaur!  We had some fun by posing and acting out a variety of situations. 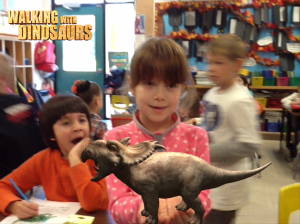 We held them in our hands! 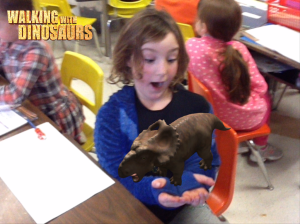 And we gave them a pet! 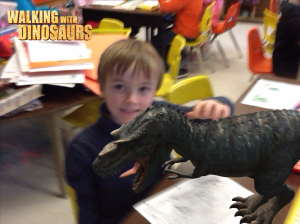 We even pretended we were a little bit scared! 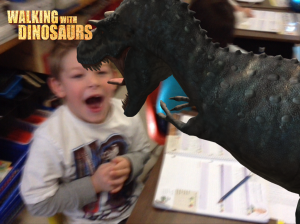 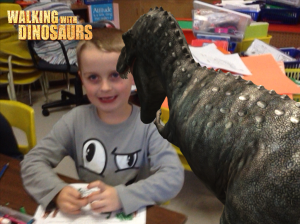 We are planning to write stories to go with our pictures! 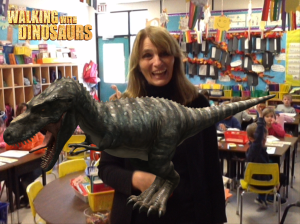 We took pictures of everyone with the dinosaurs.  Watch for them over the next few days!  It looks like our class has been invaded by prehistoric dinosaurs!

You can also choose the Adventure Mode. It uses augmented reality and suddenly you have dinosaurs walking around.  You can even feed them and they come running over to eat! Very cool!  So far, I have only downloaded the free app but I think this one deserves an upgrade!