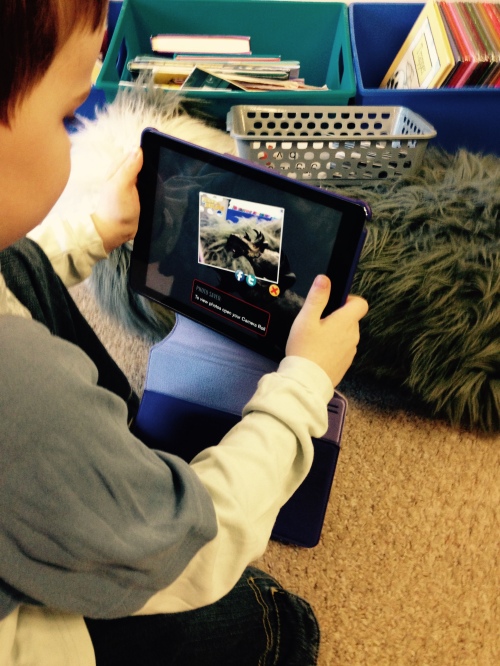 We have been working on creating stories on the iPad using two different apps.  We are creating the pictures using an augmented reality app called Walking with Dinosaurs.  It lets us put a 3D image of a dinosaur in a photo.  It is amazing because it looks very real!

The children are using the Walking with Dinosaurs app using the Photo Booth option.  They choose the dinosaur they would like to have in their story and then pose the dinosaur with something in the classroom.  We have dinosaurs reading books, playing with Lego, playing with the toy dinosaurs, and hanging out!  The children take the picture and save it to the camera roll.  Then they open the My Story app and import the picture from the camera roll into their story. 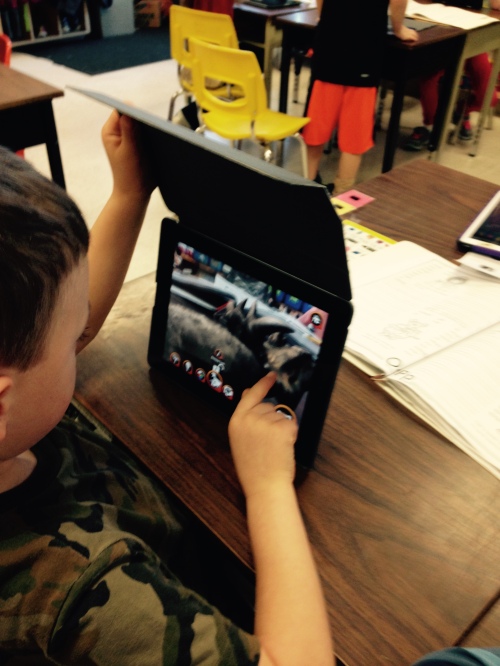 We are almost finished our dinosaur stories.  The children have been taking turns going to our “recording studio” to record themselves reading the pages of their books!  We are almost ready to share! They will be posted on this blog very soon!

We have also worked on a dinosaur research project.  We learned all about the Apatosaurus (also known as Brontosaurus).  The children sorted the facts about Apatosaurus into four categories.  After we read through all the facts the children decided which category was the best fit for the fact.

The children glued the facts onto the correct category sheet and we created our dinosaur reports!

Check them out to learn some cool facts about Apatosaurus!

Tagged as Augmented Reality, ipads, My Story, Walking with Dinosaurs